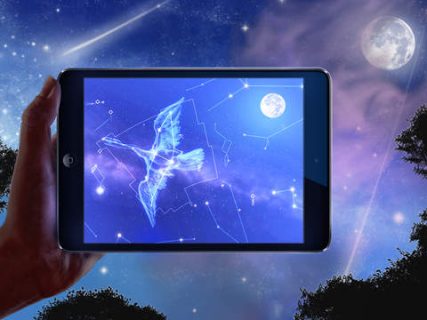 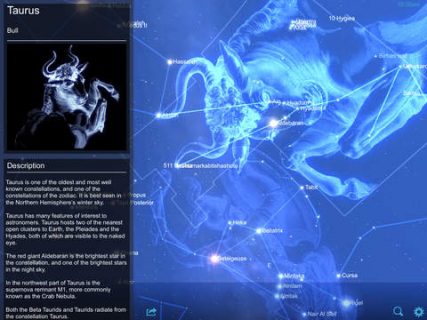 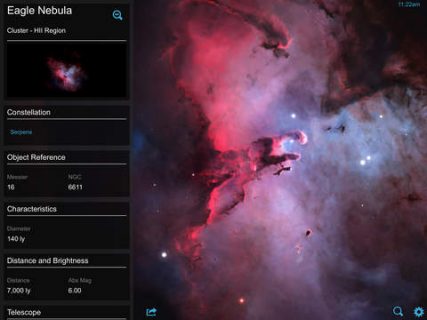 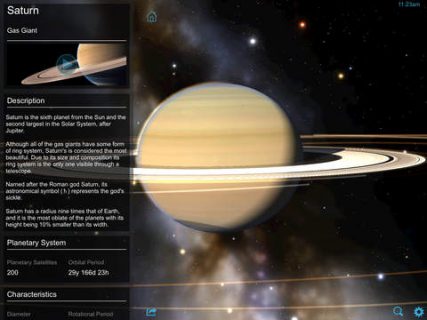 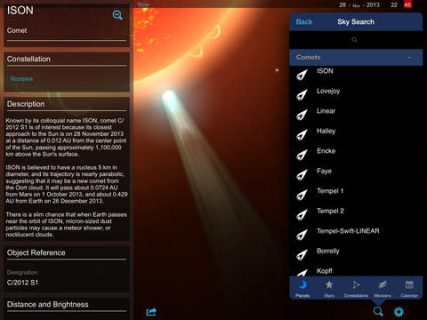 Star Chart is now FREE! The top educational & augmented reality astronomy app – download and find out why over 20 million people use Star Chart!

You can now have a virtual star chart in your pocket. Look through the eyes of your iPhone or iPad* to see a high-tech window into the whole visible universe.

All you have to do is point your AR enabled device* at the sky and Star Chart will tell you exactly what you are looking at.

Using state of the art GPS technology, an accurate 3D simulation of the visible universe, and a great deal of technical wizardry, Star Chart calculates – in real time – the current location of every star, planet and moon visible from Earth and shows you precisely where they are; even in broad daylight!

Want to know what that bright star is called? Point your device* at it – you might just find out it’s a planet!

Want to know what the night sky looks like to people on the other side of the earth? Well just point your device down!

Want to know where your star sign is in the sky? Star Chart will tell you all this and more.

So point your iPhone/iPad* at the sky and see what’s out there!

* Augmented Reality mode is available on devices that include a built-in compass. Manual scrolling is supported on all other devices.

Star Chart is published by Escape Velocity Ltd and developed by Escapist Games Ltd. We update Star Chart regularly, so please send us your feedback and feature requests to starchart@escapistgames.com.

And thanks for all your feedback so far!

What an awesome tool this Star Chart is! I use this to become better acquainted with the night sky. The app uses my GPS coordinates to locate me and put an interactive display of the sky (as I see it from my location) on my device and adjusts to reflect where I am. This tool is really informative too. The stellar locations have ‘just in time’ learning details and I can choose what to view and when to view it. This app is a great service to students and teachers will love it too. This app is in that space between my personal knowledge and experience and the universe of information that is out there! Definitely a very good app.