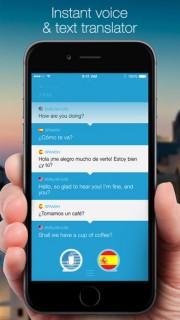 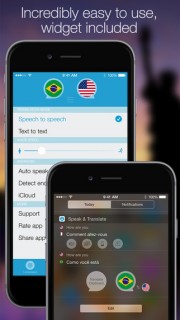 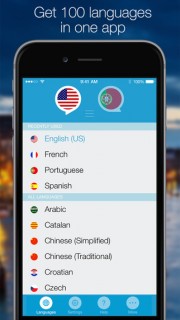 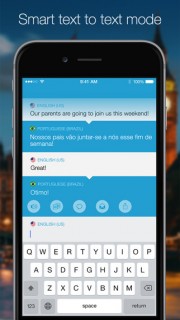 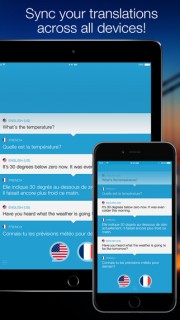 Now with Apple Watch support! Speak & Translate is an indispensable voice and text translator that allows to communicate effectively in any corner of the globe. Instantly speak 42 languages and hold written conversations in 100 languages!

Speak & Translate provides really streamlined translation experience. Now you can completely destroy language barriers with the help of one single app, that’s always with you.

Note that voice input for Apple Watch is supported in the following languages:

Speech to speech translations are supported between the following languages: