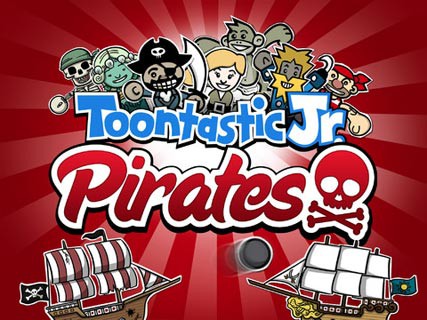 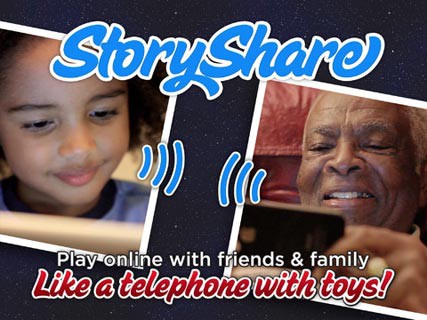 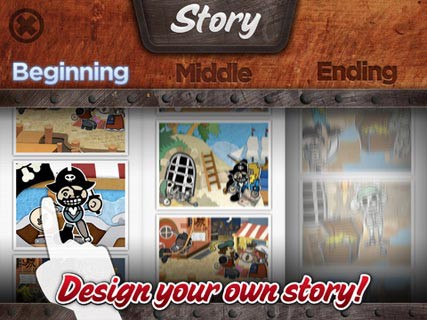 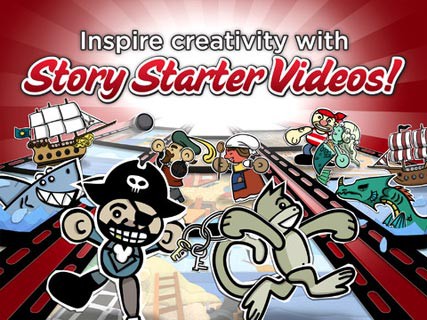 Lights, Camera, PLAY! Toontastic Jr. Pirates is a playful storytelling tool for swashbucklers and scallywags as young as 3 to create their own pirate cartoons. Pick a beginning, middle, and ending – then animate your story just like a puppet show, recording your voice while you move the characters onscreen!

Toontastic Jr. Pirates features 12 animated “Story Starter” videos and a host of characters and settings to inspire your child’s imagination. Dig for buried treasure with Crazy Bearde on Pirates Cove, sail the high seas with Bonnie Flintlock on the Cutlass, and defend the landlubbers of Hardtack Harbor from the attack of the Barnacle. Avast!

Want to create a story with friends and family? Check out StoryShare – a groundbreaking new feature in Toontastic Jr. that enables kids to connect, play, talk, and create stories collaboratively with friends and family anywhere in the world! Simply type in Grandma’s email address, have her login to Toontastic Jr. on her iPad, and… SHIVER ME TIMBERS! You’re connected – just like a telephone, but with TOYS!

Toontastic Jr. Pirates empowers young children to be producers of creative media, not just consumers, and introduces them to key storytelling concepts while developing their oral literacy skills.