The Elements: A Visual Exploration 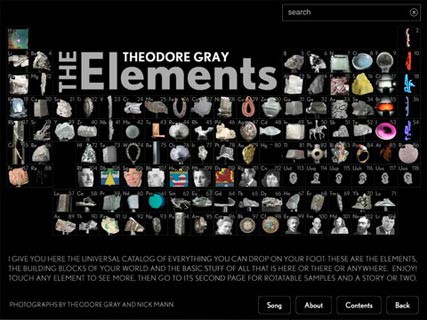 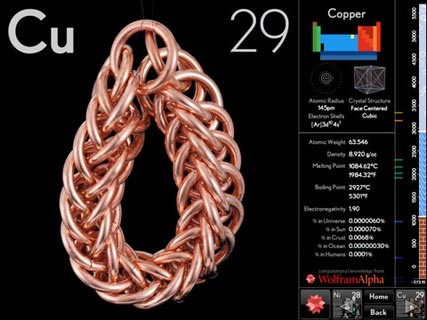 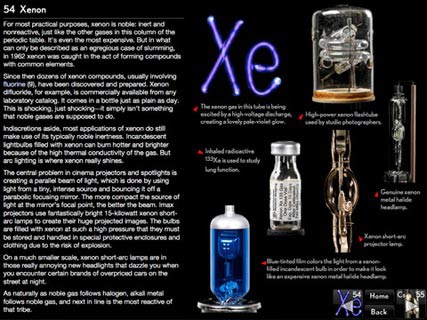 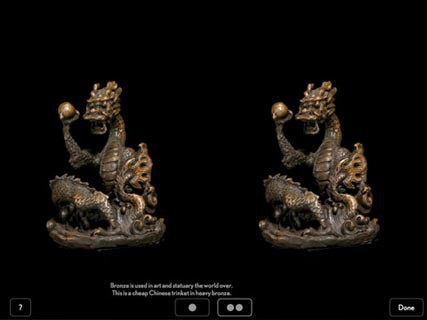 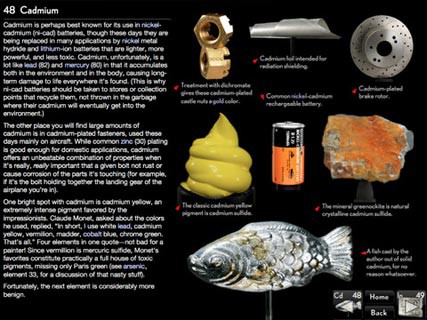 If you think you've seen the periodic table, think again. The Elements: A Visual Exploration lets you experience the beauty and fascination of the building blocks of our universe in a way you've never seen before. This is the US English version of The Elements. Fully translated versions are also available in French, German, Japanese, and British English.

The Elements is the first of a line of revolutionary ebooks from Touch Press developed from the ground up for iPad, which now includes our second title, Solar System for iPad. (Search for "Touch Press" in iTunes to find it.)

Stephen Fry, one of the first independent reviewers to experience The Elements, tweets: "Best App of all Theodore Gray Wolfram Periodic Table. Everything is animated and gorgeous. Alone worth iPad." Xeni Jardin of Boing Boing blogs "Itʼs dazzling—it makes science feel like magic in your hands."

You start off at a living periodic table where every element is shown with a smoothly rotating sample. To read about tin, tap the tin soldier. To read about gold, tap the gold nugget. Immediately you see the sample filling nearly the entire screen, photographed to razor sharpness and rotating around a complete circle in front of your eyes.

Beside that is a column of facts and figures, each of which can be tapped to bring up rich detail and current information through the embedded Wolfram|Alpha computational knowledge engine. Tap the Wolfram|Alpha button for gold and it tells you the up-to-the-minute market price, along with a hundred other facts about gold.

But it's when you go to each element's second page that the real magic starts. Carefully photographed objects representing the element fall down, rotating a fraction of a turn as they settle in to form a beautifully composed page. Every one of these objects, well over 500 in total, is a freely rotatable, live object that you can examine from all sides.

Use one two, three, or ten fingers to spin as many objects as you like at once. Each object responds effortlessly to your touch, and objects can be "thrown" to set them spinning. Some pages even include live video clips of experiments showing interesting properties of the elements.

Double-tap any object to bring it up full screen. Tap again and the image splits into a pair of stereo 3D images. Using inexpensive 3D glasses (available from http://periodictable.com/ipad) you can see all 500 objects pop off the screen in 3D, and you can spin the objects, in 3D, with the touch of a finger. You can't get much more virtually real than that.

But The Elements is much more than a technology showcase. It's based on the best-selling hard cover edition of The Elements by Theodore Gray, Popular Science Magazine's Gray Matter columnist. You may start off looking at the pretty pictures, but once you start reading the book, you'll be hooked on the fun stories and fascinating facts.

If you had a bad experience with chem class in school, this book is the antidote. If you or someone you know is afraid chemistry is going to be their most boring subject, this book will show them that there's a lot more to the periodic table than a bunch of numbers and letters.

If you have an iPad, you really need this book, if only to find out just how far into the future of books it can take you. But you're going to get a whole lot more out of it than just a gee-whiz experience.

This is an excellent app for visual learners!

This is an incredible and visual pleasing Chemistry app. What a fun way to learn the elements!