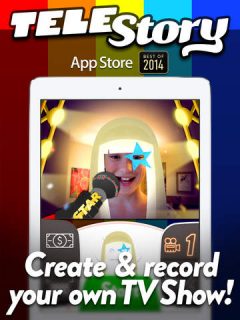 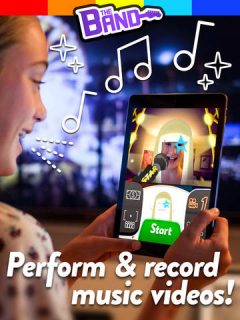 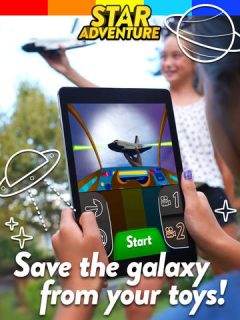 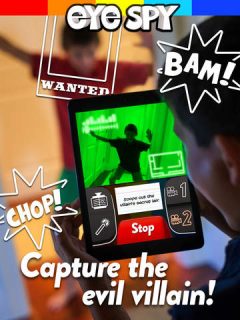 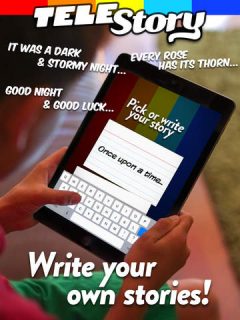 Write, direct, and star in your own TV show with TeleStory!

From the creators of Toontastic (iTunes Hall of Fame, NY Times “Top 10 iPad Apps”), TeleStory takes you behind the scenes to create and broadcast your own TV show to millions around the world. Record a music video, teleport to an alien planet, film a high-speed-chase, or perform on a reality TV show – TeleStory is a TV studio in your pocket.

Creating a TV show is as easy as…

“TeleStory gets my kids off the couch and acting out all sorts of misadventures around the house – just like I used to as a kid – and RECORDS them for us to watch and laugh as a family. It’s like a video game, a movie studio, and a gym all rolled into one. Amazing.” – Sabrina | Evanston, IL

“I love that TeleStory is a lens for my kids’ imagination – our living room transforms into a stage and our backyard an alien planet. They’re not watching TV anymore… well, not as much… they’re creating it.” – Evan | Berkeley, CA

At Launchpad Toys, we build digital toys and tools like Toontastic and TeleStory that empower kids to create and share stories through imaginative play. We’re a small team of developers/artists/big-kids in San Francisco, CA… with lots of help from creative kids in the neighborhood :)

Telestory is an Mobile App designed to make building video stories easier. They phrase it this way “TeleStory is an augmented reality video camera that gets kids off the couch to perform and record their own TV shows through creative play.”   Essentially Telestory scaffolds students as they go through the creative process of telling a story via video. It has you select your music, the background, story type and then asks you to write up cue cards to read as you are recording.  …