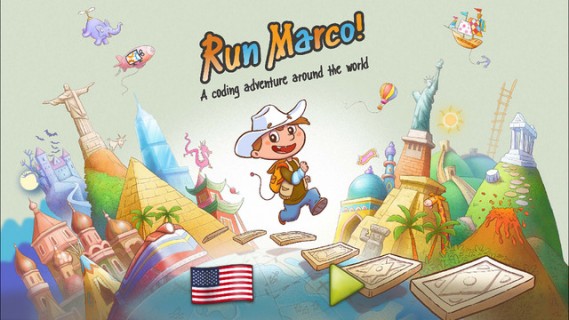 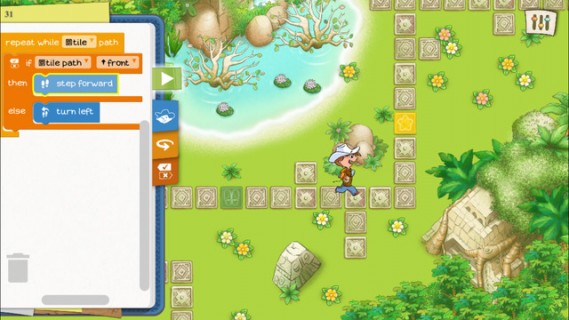 RECOMMENDED BY THE OFFICIAL WEBSITE CODE.ORG/LEARN FOR THE HOUR OF CODE! (code.org/marco)

Play an epic adventure game and have fun while learning to code i.e. program computers. Use visual instructions to guide Marco through a series of levels as he tries to discover himself. In this journey you will learn how to think as a software developer one step at a time! Instructions are in the form of the standard visual programming language “Google Blockly”, which is used by the official code.org tutorials.

Based on an original story, this is so fun to play that you will forget it’s an educational game from level one! Designed for 6 to 12 y.o. kids by a team of experts in engineering, arts and education.

The first level set in the Jungle, teaches basic instructions and sequence of commands, different types of iteration and conditional logic.

The next set of game levels is scheduled for February 2016. We will be updating the game on a weekly basis. Send us your feedback to: support@allcancode.com

Run Marco! is a fun and engaging iPad that teaches children the basics of programming by using a Scratch-like interface.