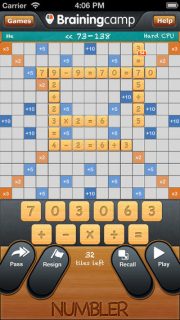 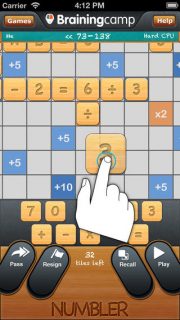 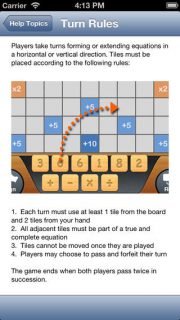 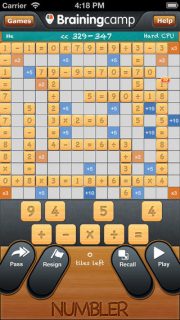 You’ve played games forming words from letters, but how well can you form equations from numbers?

Numbler is a game where players build math equations in a familiar crossword style board. All the mental fun of popular board and online word games, but with numbers instead of letters.

Players take turns forming or extending equations in a horizontal or vertical direction. Tiles must be placed according to the following rules:

The score for a turn is the sum of each digit in the equations formed or extended during that turn, according to the following rules: