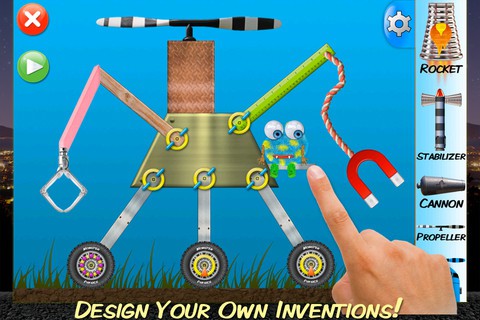 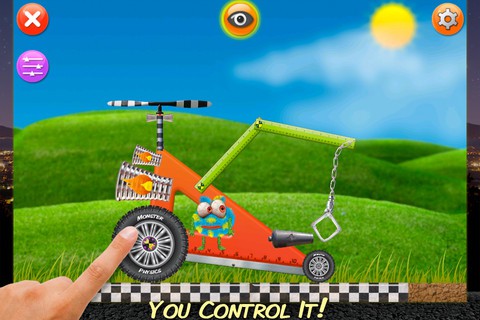 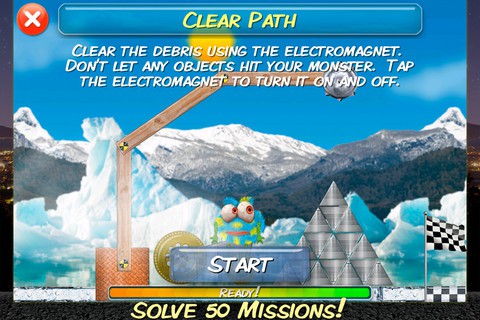 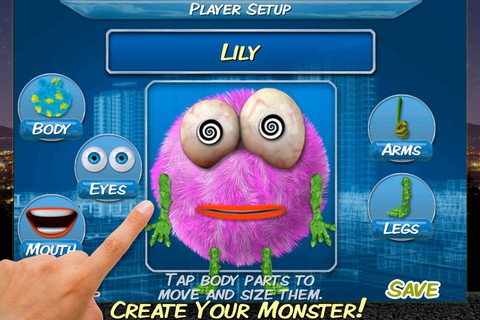 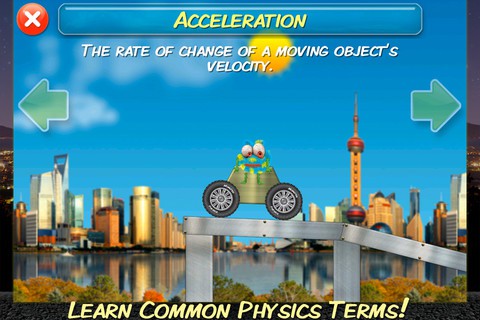 Monster Physics™ is a unique building app that lets you play with physics! Build and operate your own car, crane, rocket ship, plane, helicopter, tank and more!

Set your imagination free! Build intricate, working contraptions with over 68 different parts including wheels, rockets, propellers, cannons, magnets, claws, wings and more. Choose from different materials including metal, wood, plastic, rubber and ice. Connect parts together by welding them, drawing a rope or chain between them with your finger or using special dynamic joints to bring them to life.

Once your invention is complete, Monster Physics™ will render it with it’s built-in physics engine and let you actually operate your creation in real time. You can drive your car, operate your crane, guide your rocket into space or fly your helicopter! The possibilities are limited only by your imagination.

Think outside the box! Monster Physics™ comes with 50 missions for you to solve including simple tutorials as well as mind-bending challenges. Many of the missions are open-ended and can be solved with a wide variety of different solutions so you can play them over and over again. Players will learn problem-solving and creative-thinking skills while having tons of fun.

Have fun while learning! Players learn physics “hands on” through solving missions and building and refining their own inventions. In addition, a separate learn section introduces players to basic physics concepts such as friction, force, mass, acceleration and more.

Monster Physics is a bit of a life saver for me.  I needed an app to use in an afterschool activity that would allow kids to design and build on the iPad.  I wanted something engaging that students could use independently but that would also be really fun.  Monster Physics checked all those boxes.  In the app students create a “hungry monster” that needs to eat but can’t get to the food without your help.  So you have to design and build crazy looking contraptions that will help your monster out.  It’s lots of fun and…

Monster Physics will keep you and your kids asking to play more. This app from Dan Russell-Pinson is exciting and challenging. Meet colorful monsters by creating different machines with levers, connectors and joints. Help the monster reach his target. How can it be done? Use a variety of shapes, joints, wheels, ropes and chains. There is a great tutorial to walk a child through how to use all of the different features. Shapes can be flipped, sized and even the colors changed. The learn section is inventive with different physics terms being defined and illustrated, such as gravity,…