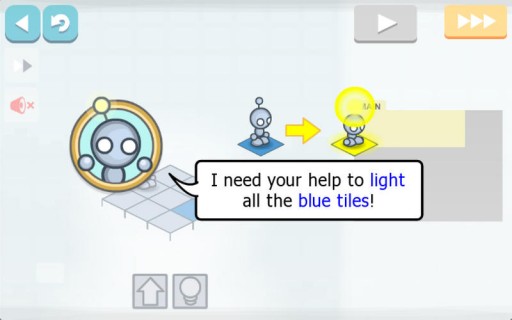 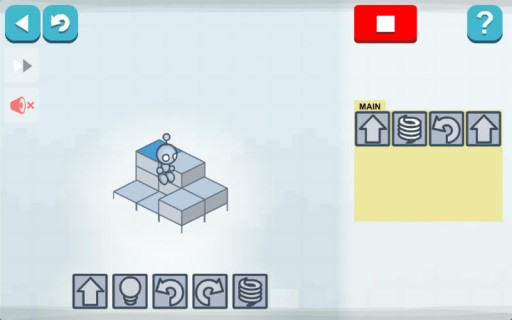 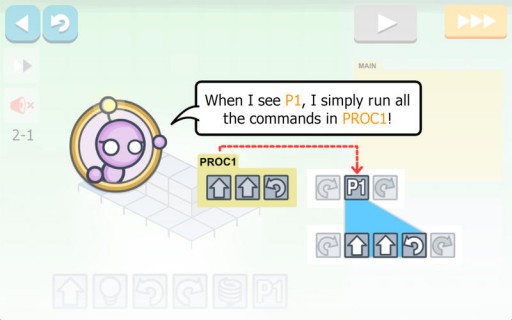 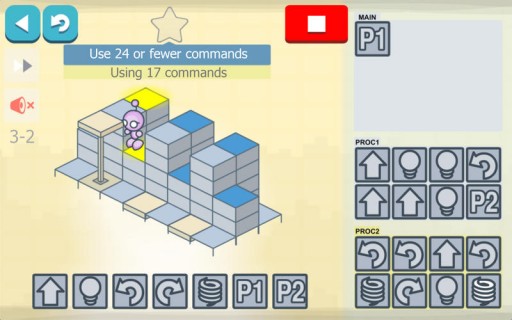 Get kids hooked on coding within minutes!

Simply guiding a robot to light up tiles and solve levels using commands, Lightbot cultivates a real understanding of procedures, loops, and conditionals for players.

“Lightbot offers an easy way for kids to learn concepts like loops, if-then statements, and the like, without typing or coding”- TechCrunch (http://techcrunch.com/2013/06/26/light-bot-teaches-computer-science-with-a-cute-little-robot-and-some-symbol-based-programming/)

Educators around the world are choosing to use Lightbot first when introducing their students to programming, coding and Computer Science.

Lightbot features 50 levels and 20 challenge stars to collect and is a must-have for puzzle enthusiasts of any age.

There are NO in-app purchases in Lightbot.

I’ve used it with grades 4-8 and High School. The logic within is an excellent tool and students remain engaged for long periods of time. Especially effective is the use of procedures.