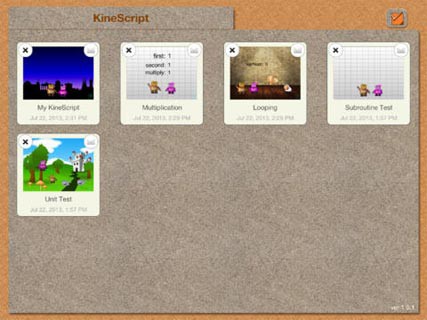 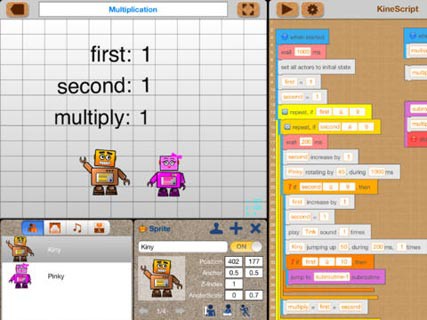 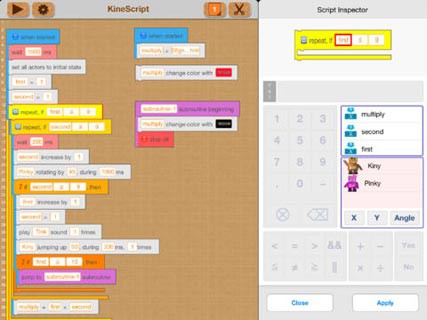 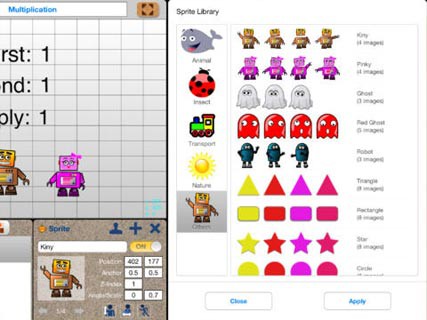 KineScript is a visual programming language that children can learn a code and share it. It’s easy to make a scene with built-in sprite characters, stage images and sounds library.

Drag a script and build the script block to control the flow and to change the behaviour. You can build animations, games and stories easily to share them by email.

Designed for children, but for all the ages who want to learn a code.

KineScript is inspired by Scratch by MIT Media Lab.