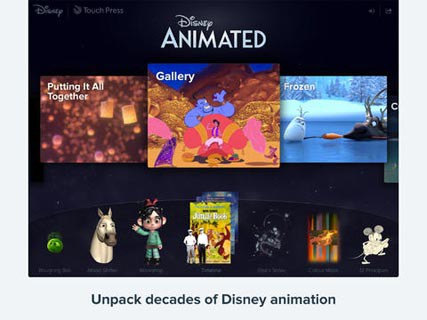 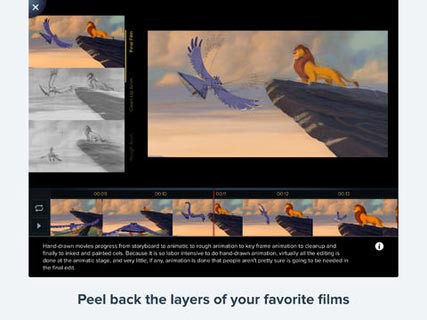 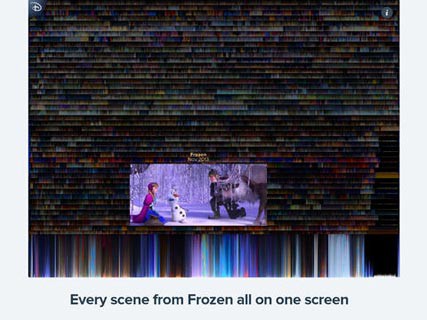 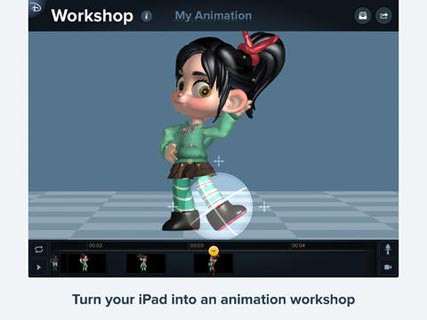 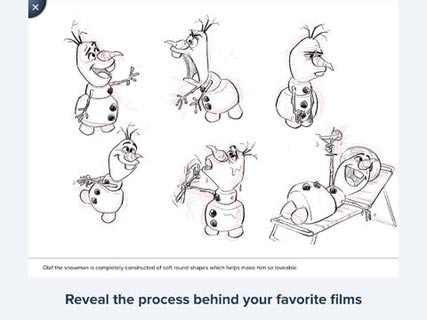 For the first time in forever: trace your finger over the all new Frozen Color Map to discover every single scene from Frozen! Never before have Frozen and the rest of the feature films from Walt Disney Animation Studios been browsable in this way.

Chill out with the latest chapter, dedicated to Walt Disney Animation Studios’ 53rd animated feature, Frozen. Discover the art and inspiration behind the Kingdom of Arendelle, learn how animators incorporate personality into costumes, and explore techniques used to develop humorous characters through art and animation. Get exclusive, behind-the-scenes access to Frozen’s concept art, character sketches, test animation, scenes from the film, and Elsa’s Snow animation workshop.

Disney Animated is the most comprehensive and unprecedented look at Disney animation to date; it brings the animators’ desks to your iPad. The app gives you access to an astonishing amount of material from all eras of Walt Disney Animation Studios, beginning with Snow White and the Seven Dwarfs (1937) and continuing through an exclusive in-depth look at Frozen.

Apple’s iPad App of the Year for 2013. Selected by Mashable as a Mashie Award finalist for Best Branded App. Awarded Best Digital Book in the FutureBook 2013 Innovation Awards. Recognized as one of the 50 best apps of 2013 by The Observer. Nominated for the 2014 SXSW Interactive Award in the Art Category.

Disney Animated contains an unabridged version of the Principles of Animation chapter from the iconic work The Illusion of Life: Disney Animation by Frank Thomas and Ollie Johnston. Unlike in the print edition, all the illustrations move when touched.

To install this app on your iPad, you’ll temporarily need more space than is stated on the iTunes store page, up to 6.0Gb. Once the app is installed, it goes back to 2.0Gb. If this is an issue, there are two possible solutions, the first option being the ideal: