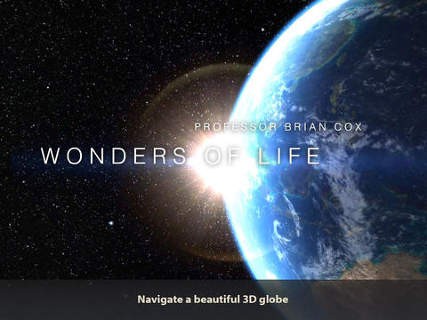 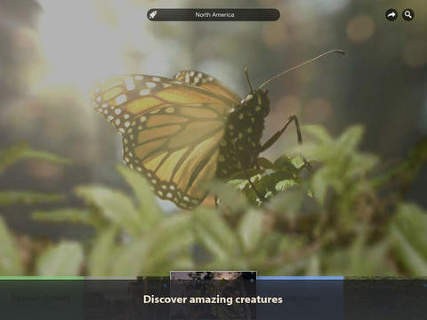 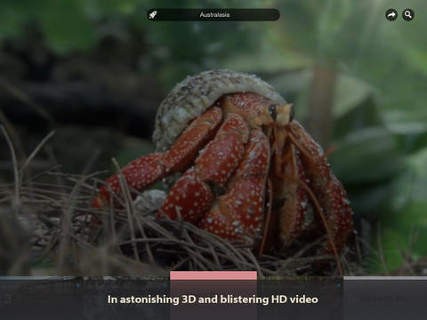 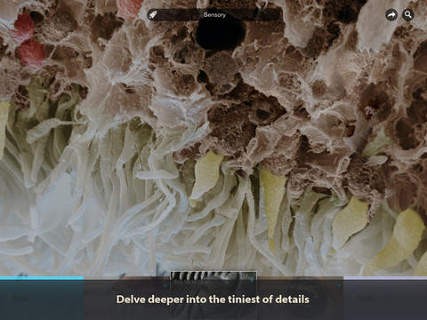 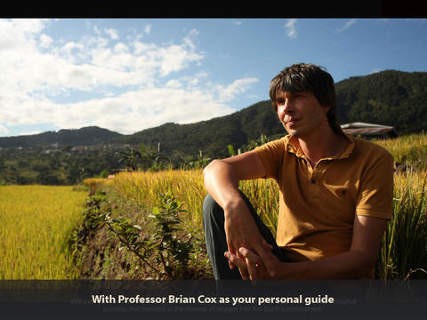 Explore the majesty of nature in breath-taking 3D with Professor Brian Cox as your personal tour guide.

The follow-up to multi-award winning Wonders of the Universe gives you:

► Over 30 3D creatures and habitats

► Over 2 hours of HD video (wifi connection required for streaming)

► Additional bonus content can be accessed by signing in. (Completely optional! Press “Skip” or “No Thanks” to continue after the Introduction.)

From the vast networks of subterranean freshwater caverns of the Yucatan peninsula to the Great White Sharks haunting the South Neptune Islands, from the Hermit Crabs of Christmas Island to the Red Kangaroo of Western Australia, this app will help you uncover the secrets of life in the most unexpected locations and in the most stunning detail.

Explore the vision of the Kangaroo, the DNA of the Chameleon or the hearing of the Mohave Desert Sand Scorpion in its natural habitat in scintillating 3D detail, delving deep down variously into the detail of microbial life, the inner eye, the second law of thermodynamics, and more.

Along the way you’ll learn how everything on Earth, from the smallest microbe to the largest giraffe, is constructed from the same fundamental building blocks and is subject to the same laws of nature.

Professor Cox and BBC Head of Science Andrew Cohen underpin the experience with over 80 articles delving into intricacies of the natural world and the laws which bind it, alongside over 2 hours of footage from the series and 30 mind-blowing 3D models, all optimised for the iPad’s retina display and set in an interface designed bespoke for IOS 7.

The app seamlessly complements the Wonders of the Universe app (chosen by Apple as one of the best apps of 2012), adding in a tranche of additional information to Brian’s compendium of information on our solar system.

Praise for Wonders of Life:

“Brian Cox’s Wonders of Life has the professor’s skillful and engaging commentary alongside amazing video and graphics that explain the science and intricacy of life on Earth.”

“Wonders of Life really is a treat of an app.”

“Wonders of Life is not only an amazing achievement, it’s modern media done right. More like this, please.”