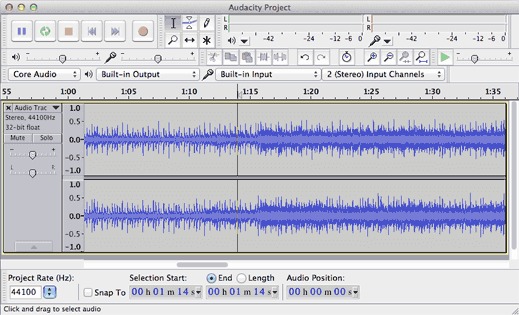 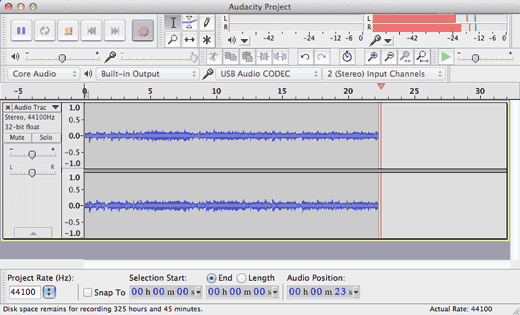 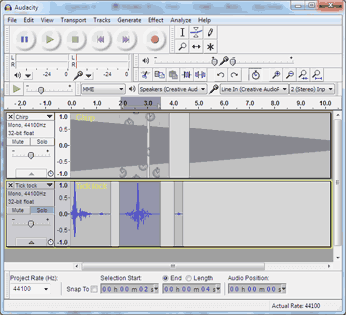 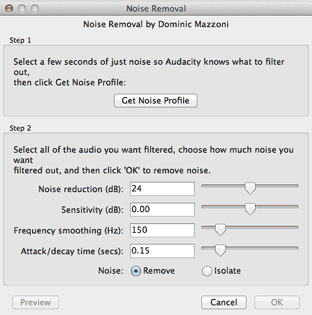 Audacity is a free, easy-to-use and multilingual audio editor and recorder for Windows, Mac OS X, GNU/Linux and other operating systems.

Audacity can record live audio through a microphone or mixer, or digitize recordings from cassette tapes, records, or minidiscs. With some sound cards, Audacity can also capture streaming audio.

Import sound files, edit them, and combine them with other files or new recordings. Export your recordings in many different file formats, including multiple files at once.

After sampling a few audio programs, I found Audacity to be the BEST free program available to create audio samples. The program allows you to do so much more than simply record narration and music. I am impressed with how much editing can be done within the program. When I first used it, I had not used any audio programs so it was a little daunting, but after about an hour, I was able to navigate most of the tools. I have used the program to create a project where students must incorporate 6 sound effects (splash, horn, crickets..etc) into an original 1 minute story. For that project, Audacity is the best platform.

I have used Audacity several times to create my own audio samples. I used it to record myself reading books for students that wanted to follow along, and I also used it to cut samples for music memory competitions. I let a few advanced students in my older classes use Audacity to create commercials for a writing assignment. Audacity also allowed me to easily add sounds to my website and to edit sound files for a PowerPoint presentation.

Audacity is a great tool for creating your own audio files. Those audio files can be reading passages, recording of student reading to keep track of their progress. Audio files can be used in the SMART Notebook to support auditory learners.